Edwin Bramwell was born in North Shields, the son of Byrom Bramwell, a physician interested in the diseases of the nervous system. Educated at Edinburgh University, Edwin qualified in 1896. After studying in J. J. Dejerine’s laboratory at La Salpêtrière (1899), Bramwell held a House appointment at the National Hospital for Paralysis and Epilepsy, where he worked with John Hughlings Jackson. In 1907, he was appointed Assistant Physician at the Royal Infirmary Edinburgh, then Full Physician (1919), and finally Moncrieff-Arnott Professor of Clinical Medicine at the University (1922). A fly-fishing enthusiast and President of the Royal College of Physicians, Edinburgh, Bramwell was remembered as an exceptional teacher. He retired early on account of rheumatoid arthritis. 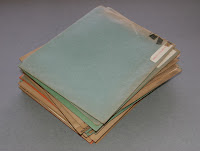 Chiefly a clinician, he regularly speculated on the nature of the nervous system in his private diary, an invaluable primary source. His casenotes may still be viewed at the University and the Royal College of Physicians Edinburgh. Bramwell married Elizabeth Cunningham; they had four children.