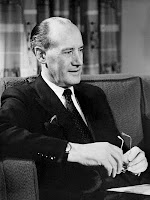 Macdonald Critchley was born in Bristol, the son of Arthur Frank Critchley, a gas collector. Critchley entered Bristol University at the young age of fifteen. After military service, he graduated from Bristol in 1922. Hospital posts at the National Hospital for Paralysis and Epilepsy soon followed; there he trained under Gordon Holmes, Samuel Alexander, Kinnier Wilson, Francis Walshe and others. Critchley’s research interests were broad, and ranged from movement disorders and higher cerebral function to medical history. His book The Parietal Lobes (1953) was an especially noteworthy contribution. An internationally famous figure and a brilliant lecturer, Critchley was the first Vice-President of the Royal College of Physicians (1964). He was President of the World Federation of Neurology between 1965 and 1973. He married Edna Morris (d. 1974) and they had two sons. In 1974, he married his second wife, Eileen Hargreaves.
Posted: Stephen T Casper