A biographer’s most frustrating admission has to be “we’ll probably never know.” Every biographer eventually reaches the limits of the sources available for the study of the subject’s life, has to confess ignorance, and then lapses into silence or speculation. Some lives are much more fully documented than others and thus are far more accessible. I always advise would-be biographers (and anyone contemplating a dissertation) to choose subjects that have left a good, easily locatable paper trail. Who wants to waste time finding out how little material there is to work with on a person or other topic in history? How sad it is that so many important historical figures have left so few traces.

We’ll probably never have the answer to two fairly important questions about the life of William Stewart Halsted (1852-1922), who was arguably the most important figure in the evolution of American surgery. These relate to his sexuality: was he homosexual? And to his reliance on drugs: how seriously did addiction to cocaine and/or morphine affect his life and work? A very readable new biography, Genius on the Edge: The Bizarre Double Life of Dr. William Stewart Halsted, by Gerald Imber, MD, a much-published plastic surgeon in Manhattan, wrestles earnestly with these and other themes of Halsted’s life, but ultimately offers little new insight into these matters. It is slightly better in tracing Halsted’s evolution as a surgeon and his influence on his specialty.


Dr. Imber bases his book on a fairly complete range of primary and secondary sources and, despite a few minor errors, it is a reasonably well-balanced and comprehensive biography. It thus supercedes the earlier semi-official biographies of Halsted by W.G. MacCallum (1930) and S.J. Crowe (1957). With appropriate acknowledgement, Imber makes good use of the new material and new issues raised in my own biographies of William Osler (1999) and Harvey Cushing (2005). But whereas I discuss Halsted mainly in a supporting role to Osler and Cushing, Imber gives us a full picture of the man in his own right. It may be that another author will uncover more primary material and someday write a more definitive, more scholarly life of Halsted. Until that happens this book will be the first recourse for readers desiring a basic overview of the life of this important and troubled figure. 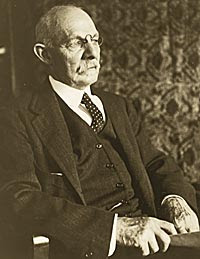 Halsted was a troubled man because he apparently was never able to shake use of opiates which began when he was one of the pioneers of cocaine as a local anaesthetic in the late 1880s. Halsted and most of his staff became addicts. It was thought by many who knew him that Halsted broke his cocaine addiction, the sine qua non underlying his appointment as founding chief and professor of surgery at Johns Hopkins hospital and medical school. Halsted’s medical colleague, Osler, soon learned however, that the surgeon had switched his addiction to morphine, which he used in very heavy doses for many years. The publication of Osler’s inner history of Johns Hopkins in 1969 made this public, but it only became widely known to readers through my biographies.

Imber goes a bit further than I did in suggesting convincingly that Halsted’s long periods of solitary travel probably involved heavy use of both morphine and cocaine, but he also sets morphine addiction nicely in the context of a time when the drug was very readily available and its use deemed less reprehensible than, say alcoholism. When Imber further argues that Halsted’s addiction involved “belies the conventional wisdom concerning long-term drug use” because “there was little or no collateral damage” (p. 282) he seems to beg major questions hinging on counter-factual assumptions about Halsted’s life if he had been drug-free. We can never know, but in my view the evidence suggests that addiction severely limited Halsted’s productivity and his ability to mentor young surgeons. It also on several occasions came close to getting him fired by the trustees of Johns Hopkins. 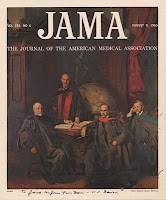 Imber does not know what to make of the considerable circumstantial evidence that Halsted, a fastidious bachelor all of whose closest friends were like-minded, probably had homosexual inclinations. Many people must have privately wondered about the sexual tastes of Halsted, William Welch, and the very mannnish Caroline Halsted - though Imber is incorrect in saying that Cushing published this belief about Halsted. We will probably never know what went on behind closed doors in these people’s lives. Many traditional or older readers might not care and/or they might find the subject distastefully prurient. But not only is there now little or no opprobrium attached to homosexuality in the eyes of most of us, the question is in fact extremely important as we probe the early history of Johns Hopkins. There is very considerable evidence that the group of rich, educated Baltimore women who advanced the money that made possible the (delayed) opening of the medical school at Hopkins, on the condition of equal access for female students, were themselves of lesbian inclination. Alas, we are largely in the dark about the friendships and networks that operated in Baltimore in the 1890s to create, inter alia, American’s greatest medical school. This could be a fascinating chapter in the intersection of gay sexuality and the history of modern American medicine. Here Imber sheds no new light and is not really aware of the dimensions of the issue. We may never know.

Thanks to Imber we do know more about William Stewart Halsted’s contributions to surgery. Drawing on his own professional background, Imber provides good and well-contextualized discussions of Halsted’s innovations both generally (rigid antisepsis and haemostasis, profound respect for tissue, obsession with surgical caution and perfectionism), and with particular reference to his radical mastectomy, his approach to inguinal hernia, his thyroid work, and his truly pioneering interest in vascular surgery. While there is nothing in Imber’s book that would cause me to change my portrait of Halsted’s greatest “student”, Harvery Cushing, who was the founder of effective neurosurgery, I do gain from Imber a better understanding of the breadth of Halsted’s influence, which extends far beyond Cushing’s development of the frontier of neurological surgery. Halsted was also an important if less direct influence in the conquest of the next great surgical frontier, the heart. Perhaps too Harvey Cushing might have been a bit more generous in acknowledging Halsted’s genius.

Imber has written a good, workmanlike, well-paced biography of a great figure in the history of surgery. It deserves a wide readership. But the book tantalizes us. We want to know much more. More, perhaps, than we may ever know about Halsted, William Welch, and the founding of Johns Hopkins. I hope I’m wrong about this, and that future biographers find better sources.
Posted: Stephen T Casper