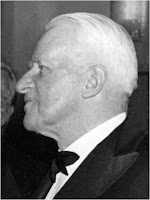 Born in Birmingham, England in 1875, Arthur Stanley Barnes was the son of Starkie Barnes, a headmaster. Stanley, as he was commonly known, received his Bachelor of Science degree from Mason Science College and his Bachelor of Medicine and Bachelor of Surgery degrees from Birmingham University, where he qualified in 1899. He trained under John Hughlings Jackson, William Gowers and Victor Horsley, eventually becoming the Resident Medical Officer at the National Hospital for Paralysis and Epilepsy from 1901 until 1903 when he became a pathologist at Queen's Hospital. Barnes was then appointed assistant physician at Birmingham General Hospital in 1907, became a full physician by 1913 and eventually became Dean of the Faculty of Medicine at the University of Birmingham. He was elected to the Association of British Neurologists in 1933 and was a very active member. He was remembered as an outstanding advocate for his university and as a lecturer who 'mimicked' his past teachers with startling accuracy. He never married. He was extremely passionate about his hobbies which included photography, archeology, golf, and fly-fishing. The last was a particular favorite, so much so that he even published a little-known book about fly-fishing named Anglers Knows in Guts and Nylon.
Posted: Kanyin