The Neuroscience of Procrastination Made “Real Simple” 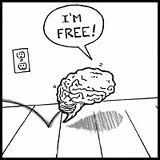 Supposedly most humans procrastinate. Or, at least, many of us believe we should believe that humans procrastinate. Somehow many of us have adopted a cultural understanding that allows us to believe we suffer from this odious disease. One alternative, of course, would be to recognize in ourselves the great moral failing of laziness. However our actual productivity, so we believe, implies otherwise. It seems it never occurs to us to ask the inverse: is it possible that our very productivity has led to exhaustion? Never! Ergo procrastination must be a disease.


You Don't Procrastinate. Your Brain Does!
The great question then that we feel we must answer is why do productive people like us constantly procrastinate? Unfortunately the actual word tells us very little – it merely describes the illness. Desperate for answers, we look to experts or seek the hidden causes in ourselves. We feel in our "heart of hearts" that the word implies that early action would be preferable to late action. So why do it at all? Could it be that our brain doesn’t feel the same way? What a betrayal!

That, at least, is the diagnosis of Real Simple, a monthly magazine first published in 2000 and targeted towards an audience largely comprised of educated middleclass women. “Procrastination,” the article's author Amy Spencer writes, “is so relatable, so universal, because the human brain, it turns out, is wired for it.” The issue supposedly is there is a war “between the limbic system” and the “prefrontal cortex”. The limbic system is guilty of including our unconscious drives and emotions. It is one of the “oldest and most dominant portions of brain” and, worse, it does things automatically. The prefrontal cortex, by contrast, is “newer and weaker”. It wants “to get the job done” but it is too young in evolutionary terms to be automatic. You have to work hard to make the prefrontal cortex work. “And the moment you’re not consciously engaged in a task, your limbic system takes over. You give in to what feels good – you procrastinate.” [1] In other words, if it feels good, then it is bad.

The first recorded use of procrastinate, according to the Oxford English Dictionary, dates to 1548 and from Hall’s Vnion: Henry VII: “The kyng of England was sore moued against the Scottyish kyng, that he would not procrastinate nor deferre one houre tyl he were reuenged.” (In case you are wondering "u" sometimes equals "v".) Derived from classical Latin, prōcrāstināt means to defer action, delay, be dilatory. A more contemporary usage (1998), the editors of the OED find, comes from Hunter’s Which? Guide to Employment. Hunter states that “if the employer procrastinates before dismissing the employee, that employee may be able to argue that the employer has, by virtue of the delay, waived the right to take any action.” It is perhaps here that we see a slightly more honest understanding of the problem. Isn’t procrastination usually about something else entirely? In short, isn’t it about how we understand labor and leisure in the 21st century?


Your Brain Doesn't Want to Iron
﻿
﻿This (again) is a story really about the demands placed on all of us by our jobs. Let’s examine some facts: domestic arrangements require work. Food needs to purchased and prepared. Houses or apartments need cleaning. Bills need paying. Our children, our parents, or sometimes both, need help and love. Meanwhile, some of us form domestic partnerships – and those too require time, effort and love. And then there is the usual litany of holidays, church and school activities, and small political responsibilities such as voting.

Dominant among these commitments are the ones we perceive as necessary to our continued employment. Shirts, slacks, skirts, and trousers, for example, need ironing. They need replacement too. We call that “shopping”. Our cars, which we use to commute to our jobs, need servicing, repairs, and petrol. In fact, a lot of human activity that isn’t called work is really about being able to continue working. And we work, because we love and care about our domestic arrangements, and we will do anything we can to protect those arrangements. Somewhere the author Gabriel Garcia Marquez warns ironically that we work hard because we love and end up not loving because we worked hard. And most of us know that danger exists. Private worlds are often the sole objects of our desires and fears; but it is our very public productivity that promises to protect and nurture those largely private worlds.

At first glance there appears to be a gendered story here. The fact that Amy Spencer’s writing is targeted for a largely female audience would not appear an innocuous coincidence to an historian interested in gender and aware of the long and rather storied history of scientists and physicians ascribing supposedly negative behaviors to women’s brains and minds. But that is not the only story here. The reality is that “procrastination” is an equal opportunity industry. Michelle Pauli, writing in The Guardian last October observed, for instance, many high-tech solutions for curing 'the disease' as well as a rich and varied self-help literature, which includes such brilliant insights as “Getting Things Done” or GTDs:

It is simple but, its adherents say, devastatingly effective. At its core is a process of capture, organise, do, review. "Capture" is crucial and works on the principle that getting everything out of your head and "parked" somewhere you can track it leaves your brain free to get things done rather than being overwhelmed by all the things that need to be done. A full "mind sweep" encompasses everything from "I must write that report" to the niggling feeling that the car is due for a service soon. Done properly, a full sweep of work and home "open loops" could take a day or more. After that, whenever an idea occurs, it gets noted down immediately. [2]

So to restate: GTD makes the “brain free” by getting stuff out of our heads. Meanwhile a “mind sweep” passes the mind’s eye over the prefrontal cortex to see if anything remains in the twin hemispheres that requires 'lobotomizing' onto paper. The metaphors tell the story.

Now the funny thing here is the notion that this stuff is in our heads, because in reality it is most decidedly not in our heads. If we were leaning back in our armchairs introspecting in the way of psychologists of yesteryear, then there might be something to the idea that we needed to resurrect the tabula rasa. But the point, of course, is that we must prioritize among too many things outside of us. It is the sheer amount of productivity that we force upon our bodies that defers action on any number of pleasant or unpleasant tasks. It is not a disease to procrastinate. It is a survival instinct.


Keep It "Real Simple"
It is ironic, and bad science (of this ilk), that the supposedly rational evolutionary explanation of the youthful and energetic prefrontal cortex versus the older slovenly automatic limbic system should be cast in favorable terms on the side of the prefrontal cortex. The older system has survived longer. Doesn’t that suggest that the older, wiser primordial system has a better honed instinct for survival? In the OED one of the earliest usages of “procrastinate” dates from the 1740s: “while we procrastinate, a fatal stroke may intervene.” Today the reverse is surely more accurate: if we don’t procrastinate, then a fatal stroke won’t either. That seems “real simple”.

[2] Michelle Pauli, “Work: You Can’t Beat A System: Are you in a mess? There are hundreds of high-tech ways to get yourself better organized,” The Guardian, 16 October 2010, Work Pages, 1.
Posted: Stephen T Casper