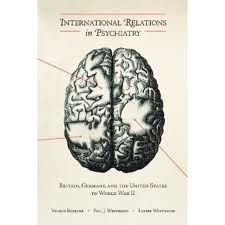 Over the last decade, the international dimensions of medicine and science have become topics of great interest among a wide community of historians, geographers, sociologists, and anthropologists. (This blog has, for example, published and pod casted on the topic.) From studies of the cultural and economic transmission of drugs, information, and materia medica through to more general inquiries into the similarities and differences between Chinese and Western medicine, scholars have increasingly sought and crafted narratives that explained and compared the ways that movements, circulations, exchanges, networks, and transfers between locales, regions, nations, and systems encouraged the creation, proliferation, and hegemony of some cultures (or civilizations) over others. Others scholars, no less ambitious in their aims, became concerned to show through the same methods and analytical devices the ways that different languages, practices, and power, even within relatively homogeneous cultures, could either reinforce prevailing attitudes about progress or offered examples for alternative paths to shared problems. And it is in this latter category that we can locate International Relations in Psychiatry: Britain, Germany, and the United States to World War II, an extremely well-edited, coherent, and informative collection of essays by renowned authors.


Heavily contested in the public sphere and highly charged politically, psychiatry, psychotherapy, and eugenics became vehicles to redefine both modern medicine and society in the first half of the twentieth century. Their story has so far been largely told as one of distinct national developments, from Germany's rise to the status of a scientific world power to the United State's presumptive status as the heir to European thought since the 1930s, when physicists, psychanalysts, and many other medical specialists found a new professional home in America (p. 8)

No one with a general knowledge of the history of psychiatry will find big surprises awaiting them in this volume. Its editors have chosen topics that move through well-known narratives of institutions, state-funding, trends in non-state philanthropy, vogues in the provision of psychiatric health service, knowledge transmission in central and peripheral locales, and finally to questions of voluntary and involuntary assimilation. All but one of these studies adopt a transnational or international line of analysis. To those familiar with the history of psychiatry, most of the actors, institutions, practices, and locations (excepting Pamela Michael’s fascinating study of interwar Welsh psychiatry) will be well-known. There are, of course, some exceptions: While most essays utilize figures like Emil Kraepelin and Adolf Meyer to illustrate their stories, other lesser known figures do appear for an in-depth consideration, as for instance, Louise Westwood’s examination of the English psychiatrists, Helen Boyle and Isabel Hutton. But in fact the strength of this collection derives specifically from this familiarity. Because there is no need to pore over the hoary details of institutions and organizations like Yale University, the Maudsley Hospital, the Rockefeller Foundation, and the US or UK National Committee of Mental Hygiene (founded in 1909 and 1922 respectively), readers are allowed to think through the fresh contentions offered by an international focus, or, in the case of Mathew Thomson’s rather clever en passant study of mental hygiene in Britain, those trends towards isolationism that limited the role of outside influences.

International Relations in Psychiatry is self-evidently a useful, interesting, and important volume. The essays are short and snappy, would be useful for undergraduate teaching, and most of them would be of interest to non-historians curious about the history of mental health, psychology, psychiatry, and neurology. Where the collection raises the most questions is in its limit to the peculiar geographic constellation of Britain, Germany, and the United States. The word “Rapollo”, for example, doesn’t make a memorable cameo. Indeed the Soviet Union barely appears even as a foil in these studies. The apparent desire of some of the authors to mention but downplay Americanization appears predicated more upon the volume’s choice of chronology than it does to any appreciable historical generality. These are, of course, pedantic criticisms. International Relations in Psychiatry is a very good book and there is much to be gained from reading it closely.
Posted: Stephen T Casper