Third Assertion: Neuroscientists are not involved or complicit in a vast neo-liberal conspiracy. 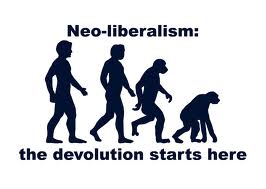 Of course they are not. Who is? It would be more accurate to say that neuroscientific knowledge, like most systems of knowledge, finds ready disciples in fields as far from its domain as management, marketing, and political science.

Obviously, neuroscientists are not responsible for the economic context of Western economies. They are perhaps responsible for sometimes naturalizing economic and political claims into the material stuff of the nervous system. Or they are alternatively responsible for not dismissing such claims as outlandish and falling beyond the boundaries of knowledge that neuroscience can produce. But that is not the same thing as being at the forefront of some conspiracy – the idea of which is absurd.

The issue, however, is that some evolutionary psychologists, cognitive neuroscientists, neuropsychiatrists, and neurologists (as well as their agents, publishers, and producers) have been ready to trade on utopian or dystopian visions about the promise and potential of brain science. At the very least, to paraphrase Steve Fuller, these claims are so naïve as to require some sort of caveat by the neuroscientific community. And if not them, then by people like those attending the Neuro-Reality-Check. But don't ignore the neo-liberal underpinnings of neuroscience either or the similar desire by neo-liberals to use the vanguard science for specific economic ends.

Consider, for example, the claims recently made by Matthew E. May. Describing change as “never easy”, May describes how managers can use recent neuroscience to create better, more productive employees and organizations. As May spells out the problem:


…at some point we all run into the issue of creating or managing change: markets change, customer requirements change, competitors sneak up on us. Given the pace of change today, we’ll soon find ourselves at the back of the pack if we can’t establish and maintain a position of primacy. Doing just that drops us on the doorstep of leadership. That’s where neuroscience can help leaders, though. It can help business people lead and influence … “mindful change,” meaning change that “takes into account the physiological nature of the brain, and the ways in which it predisposes people to resist some forms of leadership, and accept others.”

According to May, “Thanks to neuroscientific discoveries, we can now safely make several conclusions about human behavior change that just a few years ago would have been labeled incorrect.”
Those discoveries now include:

May claims that neuroscience has revealed that the proper solution is to keep people focused on “solutions instead of problems, let them come to their own answers, and keep them focused on their insight.”

How claims like these filter into the management literature, or how they shape thinking about market products is an interesting question. Who reads these ideas is also worthy of consideration. (I note in passing that Elizabeth Lunbeck has been doing some recent, fascinating historical work on how narcissim moved from psychology in the 1950s to management in the 1980s.)

But more to my point, notice that May and the literature he cites dismisses humanism and reality out of hand. That conjures up a nice comparison with George Lakoff. Indeed, Lakoff's name came up in the context of neuroscience and neo-liberalism. It is worth pointing out that both speak to a vaguely authoritarian program.

Lakoff's demand for us to pay attention to human compassion, cooperation, and empathy might well seem out of step with a neo-liberal agenda.


We should understand that our brains evolved for empathy, for cooperation, for connection to each other and to the earth. We cannot exist alone (Lakoff 2008, p. 267.)

But the problem is that Lakoff’s desire to show specifically that empathy and cooperation are hard-wired into the brain coalesces specifically around a political program, a program that is interested primarily in the acquisition of power for Leftwing politics. Yet those Leftwing politics (like the Right's) are specifically about managing neo-liberal economic systems. Very little in American or European politics suggests that the political Left wishes to reform neo-liberal exploitation. Lakoff argues that the Left should mobilize metaphors in public discourse and political campaigns “that structure whole systems of thought” specifically to acquire that power. If Lakoff is right, then the Left can simply using our neurobiology to co-opt democracy through manipulating our brains. That's far-fetched. But pretend for a moment that it is true. There is no reason whatsoever to believe that what works for the political Left won’t also work for the political Right. Lakoff argues that the Right’s metaphors are different, but to me there seems no reason to believe that the political Right could not mobilize similar metaphors, specifically as minority party. If this is the 21st century political mind, then whither resistance?
Posted: Stephen T Casper

Email ThisBlogThis!Share to TwitterShare to FacebookShare to Pinterest
Labels: Neuro-Reality-Check