In yet another chapter from mereological ethics.... I came across this thoughtful essay by Simon Rippon (hat-tip Andrew Sullivan). Rippon asks why it is that we claim that people with brain cancer (or some sort of brain disease) can be free from responsibility of the crimes they commit, while those with normal brains are not given the same benefit of the doubt. He writes:


But now consider what the brain is: it is, essentially, a biological machine; 100 billion nerve cells living in a chemical soup and firing electrical impulses at each other. And in years to come, as neuroscience improves and expands our knowledge of the brain, we may reach the stage where your lawyer will be able to explain any particular criminal misjudgement as a result of this-or-that chemical overdose or deficit, this-or-that badly routed synapse, the growth of this-or-that cell, or – perhaps – this-or-that quantum random occurrence. How will we respond to these future lawyers? What’s the difference between the idea that this-or-that bit of your brain (albeit perhaps a microscopic bit) made you irrational, and the idea that a large tumour made you irrational? A tumour is not some alien invader: it is a proliferation of your own cells. Is it, then, size that matters here? Surely not! 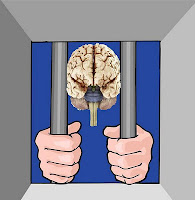 A number of responses seem in order: Firstly, the law is organized around the person, the victim, the crime and the needs of society. It is not organized around the brain and nervous system of individuals. Criminal misjudgment would still indicate that the person committed a criminal action. Regardless of the reasons that a person committed a crime, the crime would still have been committed and some action would still be required by the state. Arguing from a reductive view that the crime's causes were in the brain would in no way change the fact that a crime had occurred. Rippon appears to be speculating that reductive explanations could be offered as a means of mitigating responsibility for criminal action. The crime, however, was still committed. In other words, there are holistic determinants here that Rippon's reductionist speculation does not address. It is for reasons like this, thankfully, that intoxication rarely works as a defense in rape.

Secondly, most legal systems recognize temporary insanity or insanity as a defense. Thus in some sense Rippon's issue has already been explored. There is furthermore a body of law devoted to the question of mental fitness (see, for example, Marjorie Lorch's chapter on wills and aphasia in our edited book  The Neurological Patient in History). Again, in cases of insanity or mental fitness, the mechanisms are not solely at issue. The wishes of the impaired have to be taken into consideration. Or when insanity is offered as a defense, no one is arguing that some punishment isn't called for. At issue is the kind of disciplinary measure required - prison or secure mental hospital.

As a side note, it is interesting in these instances how indifferent ethicists appear to be about the psychological consequences entailed in declaring someone's brain responsible for their actions. Louis Althusser's reflections on murdering his wife and being pronounced mentally unfit provide a quite different picture of the consequences of such legal decisions. In some sense, Althusser provides a far fuller account of the psychological needs of human beings in comparison to this mechanistic picture of neurons, synapses, and chemicals.

Thirdly, there is something wonderfully naive about this picture of our future courts. Pretending that a jury, judge, or lawyer would understand or even want to understand the science sounds almost like a Star Trek-ish view of future enlightened rational society. Now just because I would want our human societies to look that way, doesn't mean they will. Indeed,  it seems more reasonable to me to speculate that the very courts where all of these future discussion of neurons, synapses, and chemicals would be unfolding, there could well be 'twelve angry men', authoritarian personalities, irrational chemistry, or utopians who naively believe that no one would ever willingly commit a crime. The very irrational thing that the lawyers would be arguing for would almost certainly be mirrored in the irrational decision making mechanism called "a jury of one's peers". In the end, an arbitration or trial would still be decided around questions like: "did he/she do it?" "did he/she know what they were doing?", and "did he/she choose to act in a way that the state has deemed as having consequences that impact civil society." It would farcical to imagine that all of the people would be thinking or even attempting to understand defective synaptic transmission, understanding protein trafficking, or RNA transcription. That brain wouldn't have much to do with those holistic decision-making mechanisms.

But, fourthly, even pretending that such a court was possible, let us imagine for a moment how successful such lines of defense might be. Most criminals do not arrive in the legals systems with the ability to pay for their own legal council. And most criminals would not be able to afford the costs of expert testimony on their behalf. It is fairly obvious that many of the people who end up, for example, in American jails, are mentally ill. But the insanity defense doesn't work for them. I'd hypothesize that there is a fairly strong correlation between the defendant's personal financial resources and successful pleas of insanity. Has Rippon considered the consequences of giving millionaire sociopaths yet another path to diminished responsibility in crimes? Poor people are already at enormous disadvantage in the courts. Does Rippon really foresee a society so enlightened that their citizens collectively decide to provide 'paupers' with expert neuroscientists or neurologists who can explain to juries and judges why they had diminished responsibility? I admit that would be nice. But its not going to happen in our civil societies.

Ultimately, the problem with these ethical questions is that they exaggerate how much the science can achieve. Like many people who have great faith in neuroscience, Rippon offers many metaphors and dogmas that excite and fire the imagination (the 100 billion neurons dogma is one that I have recently discussed), but the problem is that ultimately causality arguments are impossible to prove, and people, not their brains, commit crimes. Scientists and philosophers might desire to do away with social and cultural constructionism. They might hope that such relativism will find no place in the courts. But ultimately the law has a logic that is far different than science. And although both are products of rationality and Enlightenment, the people who wield both in their rhetorical arsenal are sadly altogether too human.
Posted: Stephen T Casper