At some point while reading Paul E Stepansky’s memoir (notes here), you are going to think that something has gone terribly wrong. It might be that the fillip for your discovery was that on the way to work, you noticed that another hospital or clinic was being built in your neighborhood. Or perhaps you were reading this book just when you decided to have your eyes tested: at your local eye doctor’s practice you spent twenty minutes filling out forms, twenty minutes awaiting your doctor visit, and between five and ten minutes actually having your vision tested. You wondered when you got home and found out that your HMO wasn’t covering your visit because your deductible had been changed by your HR department: was this visit worth the effort and expense?

Somewhere in his writings Gandhi observes that you can judge the health of a society by the size of its hospitals – the larger the hospitals, the sicker the society. And how can one resist agreeing with his assessment? Drive through Cleveland and you’ll notice that the only viable industry in the city is medicine. Or note, irony of ironies, that in Pittsburgh, the old and grand U.S. Steel Skyscraper is now labeled UPMC – i.e. University of Pittsburgh Medical Center. 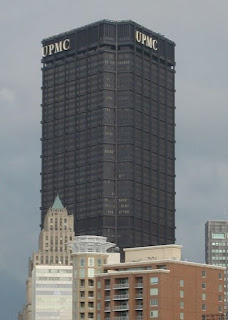 Against this increasingly bizarre backdrop of post-industrial apathy and postmodern culture, it is hard to resist the charms of Stepansky’s memoir. Indeed, his book ought to be required reading for everyone, but especially medical professionals. In it readers will encounter memories of a different world, one where, as Stepansky writes, “… medicine was medicine as a calling, not medicine as commerce, however tempered by a caring sensibility and hemmed in by professional ethics the latter may be” (pp. xi-xii). For in the transformation and shift from the small clinic and hospitals of a manufacturing society to the medicalized skyscrapers of the postindustrial order, much Stepansky argues was lost as our doctors stopped caring “for individuals and their families from birth to death." (p. xiii) And one of the most important qualities lost was an attitude of generalism, a  sensibility that many medical practitioners possessed that made them desire to learn as much as possible about as much as possible.

Stepansky’s story is about a recollection of his father’s medicine – a medicine that was sometimes “literally strong” as in the case of an elixir that he mixed and proffered his sick patients and was sometimes ‘figuratively strong’ in the way it adopted – Hercules-like – its commitment to intellectualism, artistry, and professionalism.  A musician trained in pharmacy, a veteran of the Second World War who travelled with War and Peace in his backpack across war-torn Europe, a Jewish Romanian-born son of Ukrainian peasants in a medical world with great antipathy to Jewish students, Stepansky’s father entered Jefferson Medical College in 1947 and eventually became a generalist physician:-


Like the great generalists of the late nineteenth century, he rejected the sensibility of a narrow specialism that concentrated on one or another body part or body system at the expense of the suffering person. To doctor was not to treat the illness but to care for the person - indeed, not the person, but a person in all the singularity of that person's life circumstances (pp. 47-48).


Such an attitude, of course, was called for in the rural world of 1950s America, a provincial world of house-calls, hidden familial discord, and poverty and filled with holistic medical problems and few specialists. Generalism meant learning psychiatry, dermatology, cardiology, obstetrics; it meant acquiring knowledge of chemistry, physiology, and sociology. "What impresses me more about my father,” Stepansky comments, was not the admiration he eventually acquired from his medical peers in more elite places, but rather his “relentless drive to know more so that he can do more for rural patients who need more." (p. 68).

Such recollections might, of course, seem the sappy stuff of nostalgia. Stepansky’s father could be caricatured as the old courtly patrician. And Stepansky himself could be dismissed as a kind-of Burkean nostaligist, a sad Don Quixote lost in illusions of imagined past in our real and material world of progress. But as in Cervantes' great story, there are many deceptions at work in modern medicine. And Stepansky rightly directs our attention to them. One is the persistent need to advance specialization; to create specialties, sub-specialties, and sub-sub-specialties, and similarly the urge to fragment physician assistants, nurses, and even clerical experts in hospitals into similarly mangerialist categories. At some point, someone needs to ask the question: have we become so managed that we have lost sense of economy, efficiency and humanity? Think of the irony that Stepansky shows us that medical schools should offer courses in palliative care. Is it so amazing to our postmodern sensibilities that doctors should come into contact with death and dying that we should demand a medical curriculum that trains for this experience? Perhaps only in a world were television like Gray’s Anatomy or House inevitably assures all-too-frequently that modern medicine will save your life, always:-


It is revealing of contemporary medicine that students and resident need to be taught that their physicianly obligations extend to elderly patients who become ill, suffer, and die - that with such patients, so to speak, the doctoring is in the dying. So we end up with yet another subspecialty, to which a knowledge base and "well-defined competencies" can be imputed. For my father and other rural generalists of his time, coming to grips with the death of patients was not a medico-educational project but an integral part of lived experience. Of course his doctoring meant being present for his dying patients and lending weight to their experience; this was the only kind of physician he knew how to be. (p. 100)


Stepansky, of course, is more realistic than his critics might allege. He acknowledges that his father’s medicine belongs in a different world. He recognizes that medicine has become commerce. He fully appreciates that there is demographic evidence that medicine in our Age is better at healing and diagnosing too.

But better healing and better diagnosing brought along also the appearance of greater risks: “Physicians coming out of medical school no longer have the opportunity to become broad-based, decision-making generalists over time. Motivation - or its absence - has little to do with it. The current system does not encourage, and makes it well-nigh impossible for, medical school graduates to achieve what I will term a generalist level of multi-specialty competence. Quite the opposite” (p. 120).  Today the physician’s time is managed and regulated. There are, Stepansky argues, “too many medications for too many conditions” and we are likely an overmedicated society. The insurance companies now intrude into our private lives and our medical practitioners’ decision making. And who could disagree with these observations – after all the U.S. Steel building is U.M.P.C. and that must mean something significant about American society.

Ultimately the contrast between our medicine and that of Stepansky’s father speaks to a greater collective malaise. One wonders as the clinics go up and the fill-in-the-blank forms proliferate if someday there will no healthy people at all, if the only work left will be in healthcare, and if anyone will know anything larger than a sub-sub-sub-sub-divided world of knowledge and technology. History, of course, isn’t really about telling stories. And, despite the cliche that we learn history to not repeat mistakes, it is not about the future. Rather history is about reminding us that sometimes we have forgotten an awful lot. Paul Stepansky’s memoir does that – and in spades. The Last Family Doctor is terrifically strong medicine for our times.
Posted: Stephen T Casper