The Usual Suspects: A Satire 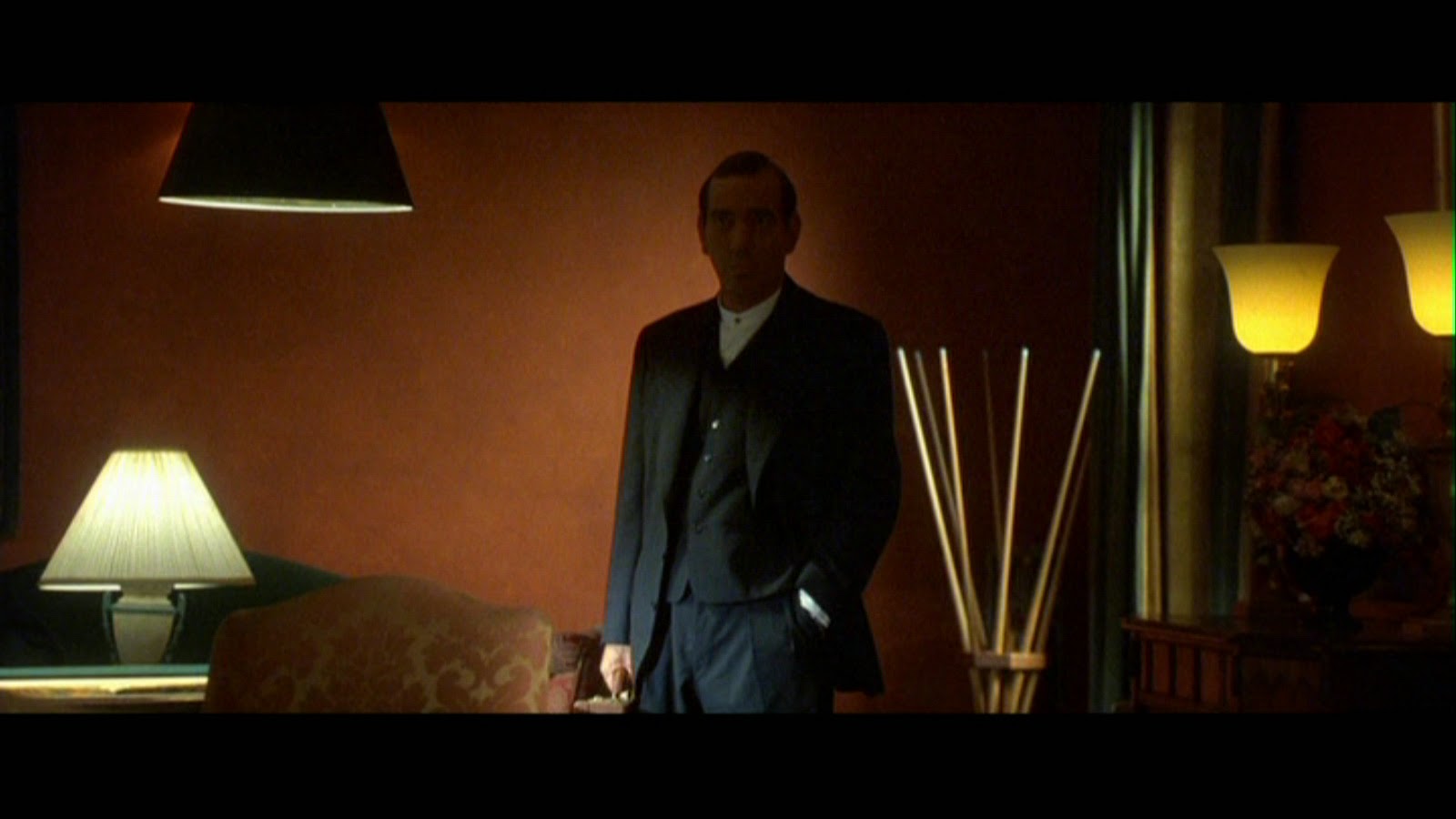 ‘Gentlemen.’ The thin impeccably-dressed well-groomed man grimaced slightly in recognition of the room’s demography. ‘Madam.’ He inclined his head. ‘My employer Mr. Brickmann, has assembled you together for a purpose and one purpose only. It is not optional. As you are no doubt aware he is the brilliant inventor of an idea. He now wishes that his idea should become real. And you are his chosen actualizers. Mr Brickmann has picked you and only you because you define Mr Brickmann’s own self-regard for his idea. Only you Gentlemen.’ Again there was that slight hesitation. ‘I leave you to it. But I wish to state for the record that you should regard Mr Brickmann’s high self-regard as you would your own. It is not a trifle. It must be.’ There was now no hesitation. ‘It is only up to you to make it so.’ With that, he turned with graceful imperiousness and vanished leaving behind only the thinly veiled threat that hung over the confounded silence that now filled the lavish boardroom.


‘I was worried about this.’ said Dr. Conemahn breaking the silence. He was the eldest of the group, an economist, and the only Nobel Prize winner in the room.

‘What are the technical difficulties?’ The speaker was Glad Malcon. Everyone was quiet again. Malcon was among the most formidable public intellectuals of their generation, and he had for years explained Brickmann’s idea to the masses. Everyone in the room had read his books, watched his TED lectures, shook his hand in awe, and bragged about their fifteen minutes with him at Silicon Valley fundraisers. Even among the august group, his presence prompted excruciating self-awareness. No one wanted too look to human.

Glancing first at Conemahn and then at Beanoff, Michel Zagzitti stepped into the now tepid water. ‘Well we don’t know how to do it for one. The neuroscience isn’t there yet.’ Zagzitti was grateful for Conemahn’s presence. Being second oldest meant almost certainly that the others would be inclined to see him as a bit reactionary. Conemahn’s Nobel Prize brought them both cover through gravitas.

It was the moral question, that bug-a-boo of Judeo-Christian guilt; the inheritance of the generations; that oldest of ideas and traditions.

‘Well we should do it. We all know that’s all bullshit.’ Dick Dorwkins piped in.

‘I guess I agree with Dick. Not for the same reasons. But such a genesis requires new stories and new traditions…’

‘And human lives aren’t worth what they once were,’ Lamech Ham the III interrupted Gerald Temple with that cavalier confidence that had so characterized his youthful historical studies of humanity and the future.

Temple nodded. His beard gave further gravity to the conversation. And both he and Ham III gave Avopop a meaningful look of gratitude. Things might go smoothly from here.

Estaban Mauve had remained silent throughout all that was said. But as Temple and Ham spoke he had had begun to shake his head in enthusiastic agreement. His hair and plastic surgery made him look like a wunderkind Einstein, a genius of the highest order with great looks in a scholarly academic Harvard sort of way. ‘Dorwkins is right. He’s always right of course.’ Dorwkins acknowledged the compliment by tilting his head towards a reverent posture. ‘I’ve shown several times,’ Mauve continued, ‘that person-to-person violence is on the wane. We would not make a dent in those trends.’

Avopop rose. Looking out towards the ocean and beyond the desert landscape of LA asphalt, street-lighting, and traffic jams, her eyes sought out home in the distant outlines of the anchored ships in international waters, and where out there, somewhere, the progress of science continued. ‘Presuming that we can’t use the cloud, he’ll need to have doctors with him at all times.’

‘The cloud is out.’ Beanoff walked over to a refrigerator and began to fiddle with a bottle of cheap Prosecco. ‘Do you have doctors in mind,’ this comment was directed towards Zagzitti but it was Temple who first spoke. ‘There are always doctors. The question is will He be willing to go along with our strategy.’ By He Temple meant Brickmann.

‘Oh I think He’ll go along with it if I tell Him it’s the only way.’ Malcon’s confidence was practically infectious.

‘How many of the superfluous are we talking about,’ Conemahn was always practical and down to earth about such matters. ‘Are we talking about ten? Fifteen? Maybe more every five years? We are not talking about a lot of worth here after all, but I do think we need to cost it out for Him. Having the doctors around all of the time will be pricey too.’

‘Look evolutionarily we know the risks are in the accident-proneness of human beings. I’d like to keep Him in a hospital environment too. Sedated would be even better. In fact I think we should insist on a coma as the only way until the cloud becomes ready to receive him.’ Everyone knew that Dorwkins was right.

‘We’d be able to reanimate him in the hospital environment too. I mean if anything were to happen to him, what better place to have him?’

Avopop turned and looked at Temple. ‘That would take some convincing Him. I’d propose that we put together a reading list for the next three weeks focused on private healthcare comforts. I can blog about them. Maybe Glad can give a TEDx lecture – I know not ideal. But timing matters. If Dick starts tweeting about things like this too, then we can create some buzz that will help bring Him around to us. After all it was His idea. We just need Him to see it as a logical solution forward.’ She sat back down and looked at the men, a slight look of boredom passing over her face. Already she was thinking of this week’s pickings that would have to be moved around. It was the hardest part of her job.

‘I wonder if people in comas dream,’ Mauve mused aloud.

‘No. Not really. We have imaging studies that suggest some ambiguity on this matter. But I’d say no.’ No one was going to argue with the neurologist.

‘Doubtlessly he wanted you for your humanity,’ Avopop interrupted the young historian before he could finish. ‘Everyone knows that you care so much about human life. And there is a deluge coming. You said so yourself. He doubtlessly wanted you here as our moral compass.’

Beanoff poured the Prosecco into some plastic cups and passed them around. ‘He did inspire me. The idea. What an idea it was. Brilliant. Forward-looking. But I was scared of it you know. If I hadn’t read your book. If I hadn’t come across Gerry and Glad’s books, well I don’t think I’d have been prepared to go this far. And without Estaban none of this would be possible.’ He sighed. ‘I wish that I could play the role of oracle here and tell you that we will overcome the technical hurdles on my side. Maybe we will. Tomorrow. A Decade from now. Hell a century. I don’t know. But right now we can’t and so this really is the only way.’

‘We should select from the religious. They’re probably worth the least?’ It was a tag question.

Conemahn’s eyebrows raised, ‘How so?’

‘Well they do more damage, right?’

‘I’m writing a book on the future costs of fundamentalism. It seems to me their violence does
decrease their net worth.’ Ham directed his remark towards Dorwkins with an encouraging smile.

‘Well we are certainly not as violent as they are!’ Mauve smiled serenely. Rationality always transfixed him; he loved being around men of rationality and establishment paternalism.

‘So it’s decided then?’ Beanoff opened another bottle of Prosecco. ‘Let’s snapchat us toasting Him. That way He’ll know we’ve solved the challenge.’

They raised their glasses and took short-lived selfies of themselves toasting the immortal life of Brickmann. They loved that they understood the irony.

‘I’ll email Kurtz in a while,’ said Avopop closed the door behind them. The helicopter was waiting to take them all back out to sea. It was good to be leaving the masses and the mainland behind. It might also be right. They had written books and blogposts about it.