So how many neurons do you have? Investigating the Origins of a Neuroscience Dogma

"Quantitative methods are tedious and some thought is necessary before the work is begun, for the mere collection of quantitative data has little interest unless it clarifies relationships that were previously obscure." 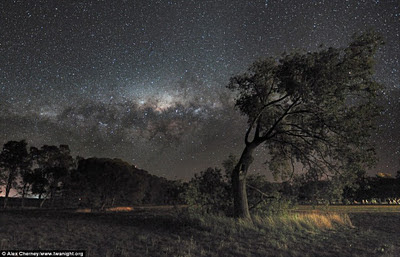 So how many neurons do we have? In their fascinating review (PDF here) published in the European Journal of Neuroscience, Roberto Lent et al pointed out that a number of dogmas had found their way into neuroscience and that the origins of some were hidden in mystery (my discussion of their review is here). One dogma they identified was the idea that humans have 100 billion neurons. As Lent et al observed, the origins of this dogma "in the literature is unknown" (1). Upon investigation, I think that I have uncovered at least one early source for this view. While the numbers are not as large as 100 billion, they are significantly large to be the origins of the claim. Moreover, in some instances, discussions of the number of neurons in the brain were also presented with other numbers, such as for instance the number of cells in the body. It could well be that over time, those numbers were conflated together - but this is, of course, mere historical conjecture.

In 1899, Helen Thompson published an article in the Journal of Comparative Neurology entitled: "The total number of functional neurons in the cerebral cortex of man (etc)." In her paper, Thompson presented work - chiefly in tables - that suggested that the "total number of functional nerve cells in the cerebral cortex of the adult man is, in round number, 9200 million" and that moreover that approximately 1.37% of that brain was functional nerve cells (p. 114).

Thompson noted in her introduction that the classic work on the subject was Karl Hammarberg's 1895 Studien uber Klinik und Pathologie der Idiotie, which permitted estimates as high as 3000 million cells until she published her study. In a note appended to her study, H. H. Donaldson remarked that these findings were difficult to interpret, especially as they pertained to race, gender, and "eminence". Donaldson offered the following data and comment: 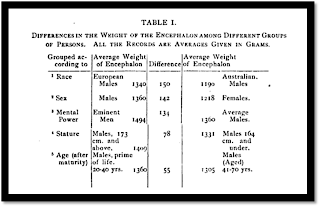 We assume however, as the records in the Table are from persons having at least normal intelligence, that moderate variations in the number of dendritic branches belonging to the cortical cells and in the associated terminals represent the greatest differences to be expected. We therefore conclude that the largest part of the difference in weight, as exhibited in the Table, is to be referred to the axones, with their medullary sheaths; at the same time recognizing that variations in the mass of the axone are of no value in increasing the complexity of the central system. Accepting this conclusion, the differences in question can be explained in one of three ways. In the larger brain of any group, there is either a greater number of complete neurones, or, second, a more generous development of the axones alone, or, third, a possible combination of both of these conditions. In making a choice between these several explanations thus suggested, a guide may be found in the observation that, within a rather wide range of absolute weight, there is a re-markable constancy in the proportional weights of the several subdivisions (cerebrum, cerebellum and stem) of the encephalon. (p. 146)

Both Thompson and Donaldson's papers were of sufficent interest to warrant a "retrospect" - a type of abstracting service offered by academic journals - in the Journal of Mental Science (vol. 46; 1900; p. 565), where Havelock Ellis, a British psychologist and physician, described it a "valuable paper." In spite of such evidence of the paper's widespread reception, it is nevertheless doubtful that these papers were alone responsible for the origins of this dogma.

We might speculate that a more likely source was the writing of  C Judson Herrick, professor of neurology at the University of Chicago, where Thompson also worked. In his An Introduction to Neurology published in 1916, Herrick paraphrased Thompson's paper via a provocative metaphor, arguing that the problem for the neurologist was to "disentangle the inconceivably complex interrelations of the nerve-fibers which serve all the manifold functions of adjustment of internal and external relations." Herrick noted:

This is no simple task. If it were possible to find an educated man who knew nothing of electricity and had never had heard of a telegraph or telephone, and if this man were assigned the duty of making an investigation of the telegraph and telephone systems of a great city without any outside assistance whatever, and of preparing a report upon all the physical equipment with detailed maps of all stations and circuits and with an explanation of the method of operation of every part, his task would be simple compared with the problem of the neurologists. The human cerebral cortex alone contains some 9280 million nerve cells, most of which are provided with long nerve fibers which stretch away for great distances and branch in different directions, thus connecting each cell with many different centers. The total of possible nervous pathways is, therefore, inconceivably great. (p. 26)

In his 1926 Brains of Rats and Men, Herrick enhanced this picture further: "Recently, in conversation with a mathematician, we were commenting on some of the stupendous numbers employed by the astronomers in measuring the distance of the stars. The unit of measure here is the light-year, that is, the distance traversed by light in a year - about six million million miles, or 6x10^12.... Such numbers stun the imagination of the the non-mathematical mind. But a little computation shows that the known complexity of the nervous connections of the human body present possibilities of associational combinations of the nerve cells among themselves that run into numbers of even greater orders of magnitude. (p. 3)" And why was this the case? Again Herrick acknowledged Thompson and Donaldson, but this time he cited a new value from Donaldson, who "estimates that there are about twelve thousand million nerve cells or neurons in the human brain" (p. 4).

If a million cortical nerve cells were connected one with another in groups of only two neurons each in all possible combinations, the number of different patterns of interneuronic connection thus provided would be expressed by 10^2783000. This, of course, is no the actual structure, as we shall see; but the illustration may serve to impress upon us the inconceivable complexity of the ninety-two hundred million nerve cells know to exist is the cerebral cortex (p. 5)


While it is doubtful that these claims were original to Hammarberg, Thompson, Donaldson, and Herrick alone, they were probably partially responsible for the origin of this dogma. It is perhaps useful to note the way in which evocative language was used to crystallize the huge numbers for readers. It was likely in that language, and by evoking languages of astronomy and populations, that those numbers increased generation-by-generation. Again this is but hypothesis. More diligent work is necessary before we can say with certainty that these claims connect to our contemporary ones. They are, nonetheless, a place to start.

Email ThisBlogThis!Share to TwitterShare to FacebookShare to Pinterest
Labels: History of neuroscience